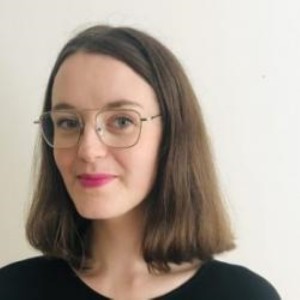 Bye Fellow in History of Art

At Cambridge, I teach modern and contemporary art across the Tripos, and convene the special subject module 'Vision and Representation in Contemporary Art', which focuses on the politics of representation, figuration, surveillance and censorship in recent art and visual culture.

My research is concerned with histories of feminism and art. I am currently working on a book project on sisterhood and the women's liberation movement in Britain and the US, which emerges from my PhD thesis 'Working Together, Working Apart: Feminism, Art and Collaboration in Britain and North American, 1970–1981' completed in 2017 at the University of York under the supervision of Jo Applin. I have written on numerous artists including Helen Chadwick, Rose English, Rose Garrard, Eva Hesse, Candace Hill, Alexis Hunter, Suzanne Lacy, Linder, Rosemary Mayer, Julie Mehretu, Howardena Pindell, Cecilia Vicuña, Jo Spence and Hannah Wilke, and curated exhibitions on Louise Bourgeois, Julie Mehretu, Ian Giles, Rose Garrard, Linder, and Sutapa Biswas at Kettle's Yard. I also regularly write art criticism for Burlington Contemporary.

I was a pre-doctoral fellow at the Library of Congress in Washington D.C. in 2014 and a Terra Foundation for American Art pre-doctoral researcher in 2014–5. After my PhD I won post-doctoral research grants from the Paul Mellon Centre for Studies in British Art and the Henry Moore Foundation. In 2019-20 I was the Terra Foundation for American Art and the Paul Mellon Centre's Anglo-American Art Research fellow, and in the same year also received a Terra foundation post-doctoral travel grant and a library grant from the Rose Library, Emory University, Atlanta.

I have taught modern and contemporary art history and theory at the Universities of York and Birmingham, as well as at Goldsmiths, University of London, City and Guilds Art School and West Dean College. My research is published in British Art Studies, MIRAJ and Tate Papers and I have contributed chapters to Collaboration and its (Dis)Contents, (Courtauld Books Online, 2017), Other Cinemas: Politics, Culture and Experimental Film in the 1970s (IB Tauris, 2017), Feminism and Art History Now (IB Tauris, 2017) and A Companion to Feminist Art (Blackwell, 2019). I am also a co-editor of London Art Worlds: Mobile, Contingent and Ephemeral Networks 1960–1980 (Penn State University Press, 2018) with Jo Applin and Catherine Spencer. I co-edited The Art of Feminism (Chronicle and Tate, 2018) with Lucy Gosling, Helena Reckitt and Hilary Robinson.

My research interests include: the relationship between feminism, art practice and art history; art and queer theory; art and post-colonialism; art and critical race theory; British and American art in the 1970s and 1980s; experimental cinema and moving image art; collaboration, collectivity and community in Modern and Contemporary art.

I am interested in supervising graduate research on gender, race, sexuality or class in 20th or 21st century art or visual culture, as well as projects on Modern or Contemporary British or American art or visual culture more broadly. I welcome enquiries from prospective students for MPhil and PhD.