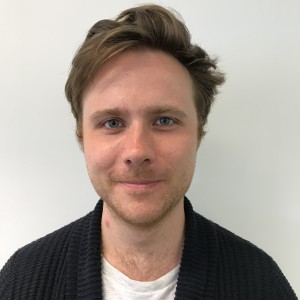 Originally from Barnsley (UK), Gavin Stevenson began studying in Cambridge in 2011 and completed his undergraduate degree in 2014 (PPS, specialising in Sociology, particularly gender, the family and advanced social theory) and his MPhil in 2015 (Modern Society and Global Transformations). During his time in Cambridge he co-founded a Queer Theory Reading Group (Years active 2013-15) and is now part of the Gender Research Cluster and Race Research Cluster within the Department of Sociology, as well as the broader decolonising Sociology initiative.

Gavin's undergraduate dissertation was an ethnographic study with drag queens in Barnsley, exploring the subversion of gender and its intersections with class identity, time and space. His MPhil thesis was a brief exploration of narrative accounts of being offended with Cambridge students. This project was an attempt to begin to map out an area with scarce literature and develop conceptual, theoretical and methodological tools to research the phenomenon and feeling of being offended, which is now the focus on his PhD project. Gavin's MPhil project and current work is funded by an ESRC 1+3 studentship. He is always interested in interdisciplinary discussions and collaborations, particularly in relation to the study of affect, feelings and emotions and as such would be happy for anyone interested in those discussions to contact him. Gavin's other passions include outreach and widening participation work. He is involved in several such projects with the University of Cambridge Admissions Office and other groups, where he teaches on and set projects about “Representations of Gender and Sexuality in the Media and Popular Culture”.