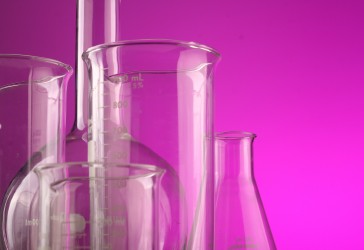 Chemistry lies at the heart of our fundamental understanding of matter, how substances interact with each other, properties of materials and reactions. Without chemistry, it would not be possible to decipher the composition and chemical properties of materials. Human beings have always used chemistry, knowingly or unknowingly, to extract metals from ores, to create colourful stained-glass panels inside cathedrals and churches, to brew alcoholic beverages, to create pottery and much more.

Women chemists have contributed enormously towards modern day chemistry. Marie Curie (1867-1934) discovered two remarkable elements, radium and polonium, which paved the way for the study of modern day radioactivity. She won the Nobel Prize twice (once for chemistry and the other for physics). Marie’s daughter Irene Joliet Curie also received the Nobel Prize in 1935 for her research work on artificial radioactivity.

A few years later, Dorothy Hodgkin won the Nobel Prize in 1964 for her ground-breaking work in protein crystallography and discovering the structures of penicillin and vitamin B12. Ada Yonath received the Nobel Prize in 2009 for her pioneering work on the structure of ribosome. In 2018, Frances Arnold, a chemical engineer, was awarded the Nobel Prize in chemistry for engineering proteins by the method of direct evolution. Without the work of these revolutionary chemists, we would not have been able to understand the world around us in the way that we do now.

In recent years, the ability to manipulate matter at the atomic scale has paved the way for Nanotechnology – the study and application of extremely small matter that is not visible to the human eye. Nanotechnology empowers scientists to harness the inaccessible properties of matter at the nanoscale. These new emerging properties are helping to address a number of societal challenges associated with health, defence, security and food. Nanotechnology enables scientists to design devices and materials that are super lightweight, small and custom made for individual requirement.

Richard Feynman, the famous physicist also known as the ‘father of modern nanotechnology’ was the first to sow the seeds of nanotechnology in 1959. He imagined that one day, scientists would be able to write the whole Britannica encyclopaedia on the tip of a pin!

Although Nanotechnology as a subject was formally conceptualized and incorporated into the academic curriculum fairly recently, principles of nanotechnology were used as far back as the Roman era. One of the most remarkable discoveries of the use of nanotechnology in the past is the Roman Lycargus cup which dates back to the 4th century AD. The cup glows in a different colour, depending on the direction of the light. This interesting property arises because of the way light interacts with different sizes of gold and silver nanoparticles that are present in the cup.

The renowned chemist Michael Faraday synthesized gold nanoparticles for the first time by using phosphorus as the reducing agent in the 18th century. However, it wasn’t until the advent of modern day electron microscopy that the size of the nanoparticles that were synthesized was known.

Nanotechnology has had a significant impact across biology, physics and chemistry. The resources included here focus specifically on the role of nanotechnology in Chemistry.